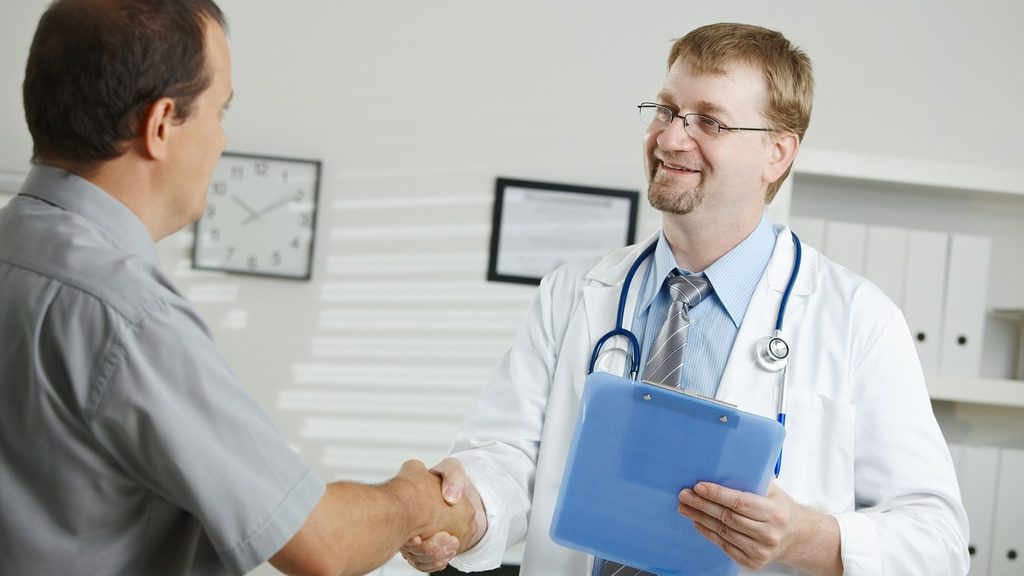 For patients seeking the optimal healthcare experience, finding the right doctor can be difficult. Whether you’re looking for a new primary care physician that you can trust or a specialist that won’t break the bank, navigating insurance and online searches to find a physician that meets all of your needs can be an overwhelming task. Although there are existing web tools to help, many of them use information that isn’t up to date, and none of them account for all of your priorities like cost, patient satisfaction scores, or safety.

MedStatix recently developed a concept prototype of the application, and now they’re looking for user feedback. At Aspire we’re big believers in user-centered design, which is why we involve real consumers throughout our development process—from the concept phase to beta testing. On Wednesday, June 29 at 12 pm EST, MedStatix will present their new app, currently in the concept phase, in an open webinar to gain insights from all types of patients.

If you’re interested in learning more about this application, register for Wednesday’s webinar here. 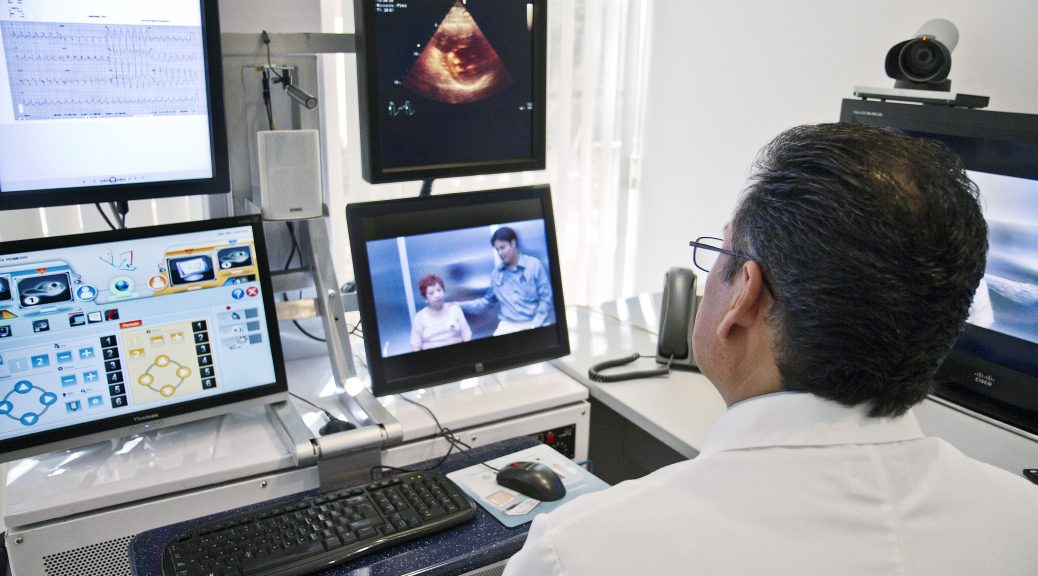 VCs and startups that are dedicated to ushering in a new era of disruptive technology are expected to be forward thinking. As the world grows more and more complex, we need visionaries more than ever who can see the path forward, and technologies that can help us along the way.

But as a recent piece in the New York Times by Steve Lohr reminds us, today there are many challenges to implementing the technology of tomorrow. While analysts and experts look forward to the many ways artificial intelligence, cloud computing, IoT, big data analytics, and mobile health will grow the economy and improve our lives, the realities on the ground today are something quite different.
Despite hundreds of billions of dollars in annual technology spending, according to Lohr’s article the economic benefits of the latest technologies have so far been underwhelming. Lohr hones in on healthcare specifically, and points out how government efforts to bring healthcare into the digital age have not yet yielded major rewards. So far technologies like electronic health records have not appeared to make workflows for doctors and staffers more efficient. But that may be because of the inherent lag between when a new technology arrives and when people and institutions learn to use it effectively.
It may also be because the truly transformative technologies have not yet arrived. Experts say that EHRs are only the first step in a wave of innovation that will curb costs and improve care. EHRs will lay the groundwork for a host of other IT and operational innovations. As patient data becomes more consolidated, artificial intelligence will play a bigger role in big data analytics to improve everything from patient inflows to cancer diagnosis to eliminating prescription errors.
Already numerous studies are finding that AI can outperform doctors at a number of tasks. In a recent Motherboard story, the AI in a health app designed by Babylon was able to outperform doctors in triage assessments. Another study found machine learning was able to outperform humans in cancer surveillance.
Although these technologies have yet to become part of the day-to-day operations at your local healthcare clinic, and doctors are currently struggling to keep up with the digital age, it’s only a matter of time and hard work until we get there. 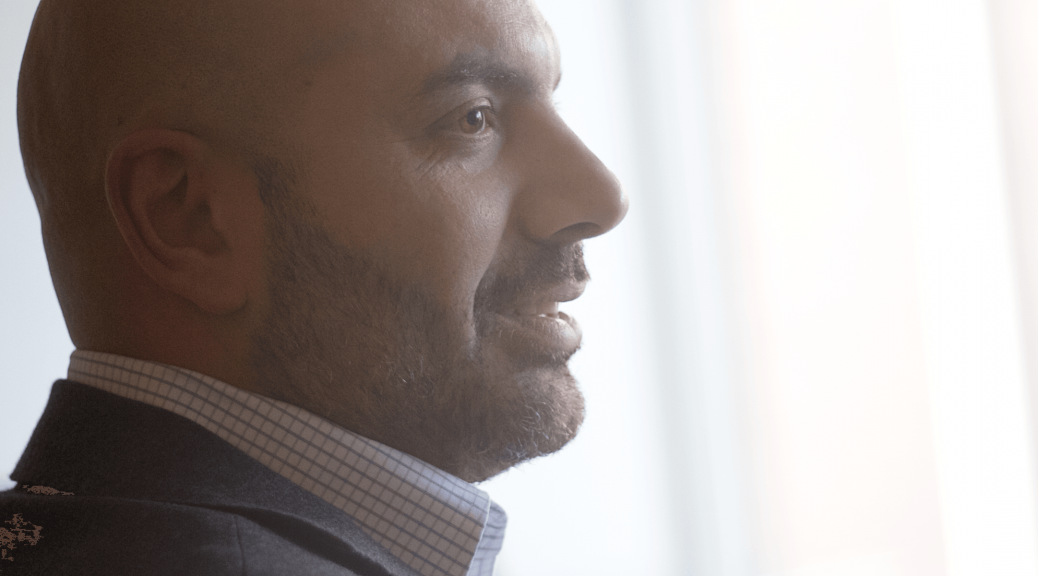 For companies looking to accelerate their growth, don’t assume that the way to achieve it is with more resources.

Aspire CEO Essam Abadir explains in his latest blog post how more resources can actually slow a company down, and offers up some creative ways to achieve more by keeping lean. With Essam’s leadership here at Aspire, we’ve taken the lean approach to solving some very big problems, and the results have been impressive. Learn more about how we’ve made rapid progress with and innovative approach here.

Aspire CEO Essam Abadir has heard a lot of pitches from startups looking for investment. Of course, many startups follow a formula for communicating all of the key points that appeal to investors, but to really stand out, Essam says, you need to know when and how to break the rules.

In his latest blog post, Essam talks about his own experience with pitches, and explains what investors are really looking for. Read his latest post here for more valuable insights on improving your pitch and reaching investors.

Four weeks ago, we welcomed eleven users into the first Soft CGM beta for Daibetter, formerly TempoHealth, LLC. If you’re just tuning in, you can get more background on our diabetes management tool here. We had many goals for this particular beta, not the least of which was to put a potential product into the hands of users nationwide. In that respect, alone, we succeeded and the users were able to input their information and get more than 1600 blood glucose predictions in four weeks. In no particular order, here were some of the goals and how we’d rate our own success:

1.) Have an intuitive, easy to use app. If the app were trying to do nothing more than be a diabetes logbook, we’d be declaring victory. A lot of effort went into the development of our interface. The user feedback, as well as their willingness to regularly use the app for the entire four weeks, spoke to our success here. While we will certainly refine the UX as we move forward, our team really hit it out of the park on this one.
2.) Have an app that’s speedy as the day is long. We knew coming out of alpha mode that as Soft CGM gets more data to process, it takes more time to process the data and the biggest user gripe was the speed of the app when opening. Midway through beta one, we made a lot of progress in this area but – following development protocol – didn’t introduce these improvements into beta one. Users of beta two should notice dramatic improvement here.
3.) Have an app that we (the internal team) at Aspire can quickly evaluate for effectiveness. The internal Soft CGM portal – most of which was developed during the beta – is incredible and has given us exactly what we need to evaluate the accuracy of Soft CGM. This will enable us, moving forward, to see exactly where we are (or aren’t) improving.
4.) Accurately predict blood glucose values. We mentioned at the start of the beta that the first CGMs were approved by the FDA with an overall Mean Absolute Relative Difference (MARD) accuracy score of 80%. In our own alpha tests, we had some week-long periods of more than 80%. That said, these internal alpha testers (disclosure: I was one of them) certainly knew how to “game” the app for better performance, which was why it was critical to have the app tested by people whom had never used it before.
In the end, our most accurate user during the beta period had a MARD of 73%, with two other users right at 70%. Most ended up between 62% and 67%. Two were closer to 50%.
We also looked at the Clarke Error Grid for accuracy, with a goal to have blood glucose predictions be in Zones A and B as much as possible. Overall, we managed to do this more than 85% of the time, but one user ended up there 97% of time – comparable to CGMs currently approved by the FDA.
As a first pass, these results are encouraging, even more so now that our team can analyze and improve our adaptive algorithms. In fact, there are so many ways we can improve the algorithms, that our immediate course is to figure what to implement prior to our next beta.
View our final video on the Beta 1results for Soft CGM here.

Building and investing in platforms is not for everyone. It’s a challenging endeavor that can come with a lot of cost and often a long time to market. But a successful platform is well worth the risk. In a new blog post, Aspire CEO Essam Abadir recounts his past success with platforms, and explains why he’s continuing to build them.

One of the most interesting pieces of advice I received came when I was raising money for my start-up, Appmobi, a mobile app development platform for “write once” apps that run on both iOS and Android. The advice came from a guy at Intel Capital who, although he declined to investment money into Appmobi, he eventually facilitated our sale of the platform to Intel—a life changing deal for me.

The advice came years before the sale. We were gauging Intel Capital’s interest in investing in Appmobi. That guy—who eventually suggested buying our company, mind you—said he “hated platforms and that all investors really hate platforms.”

To understand why he said that, I first need to explain what a platform is. Unfortunately, the definition is pretty imprecise. “Platform” is often used interchangeably with “operating system,” and the differences are subtle, and frequently shift.

Probably the best way to think of a platform is as a kind of architecture that lets others build imaginative stuff on top of it. Similar to the way a municipality puts in roads, utilities like electrical and water, and provides services like police and firemen so that others can build homes, pizzerias, stadiums, and skyscrapers on top.

I So if the municipal services are the platform then the think of the pizzerias and skyscrapers as apps.

Intel’s dislike of platforms seems odd, considering it’s the ultimate platform business for building chips. But its dislike of platforms isn’t without reason. Platforms are incredibly expensive to build, as Intel should know. After all, making chips is essentially a platform business. A chip building facility, aka “fab”, can take seven years and cost billions to develop, yet make no money until they roll out of the factory and into computers.

And when several platforms compete in the same space, there are usually only one or two winners. How many mobile phone platforms can you think of besides Apple’s iOS and Android? How about Windows, Nokia, Blackberry?

Even worse, most revenues usually don’t come directly from the platform, but indirectly from things like iPhone sales or ads that people see on their Android phones.

So you may wonder, why I am still trying to build a platform?

I love what you can do with platforms. I love the fact that the apps that were created to run on our platform were bigger than the platform itself. I love putting in the roads, electrical lines and sewers so that someone else could build a grand skyscraper.

But most of all I want to invest in the apps that the platform will eventually enable—apps that will never come to be if we don’t build the platform.

Even though I love being a municipality, you have to ask who invests in a municipality? Usually someone with a long term view that the platform can be a tide which lifts all boats, including their own. And maybe that’s what we’re doing at Aspire.