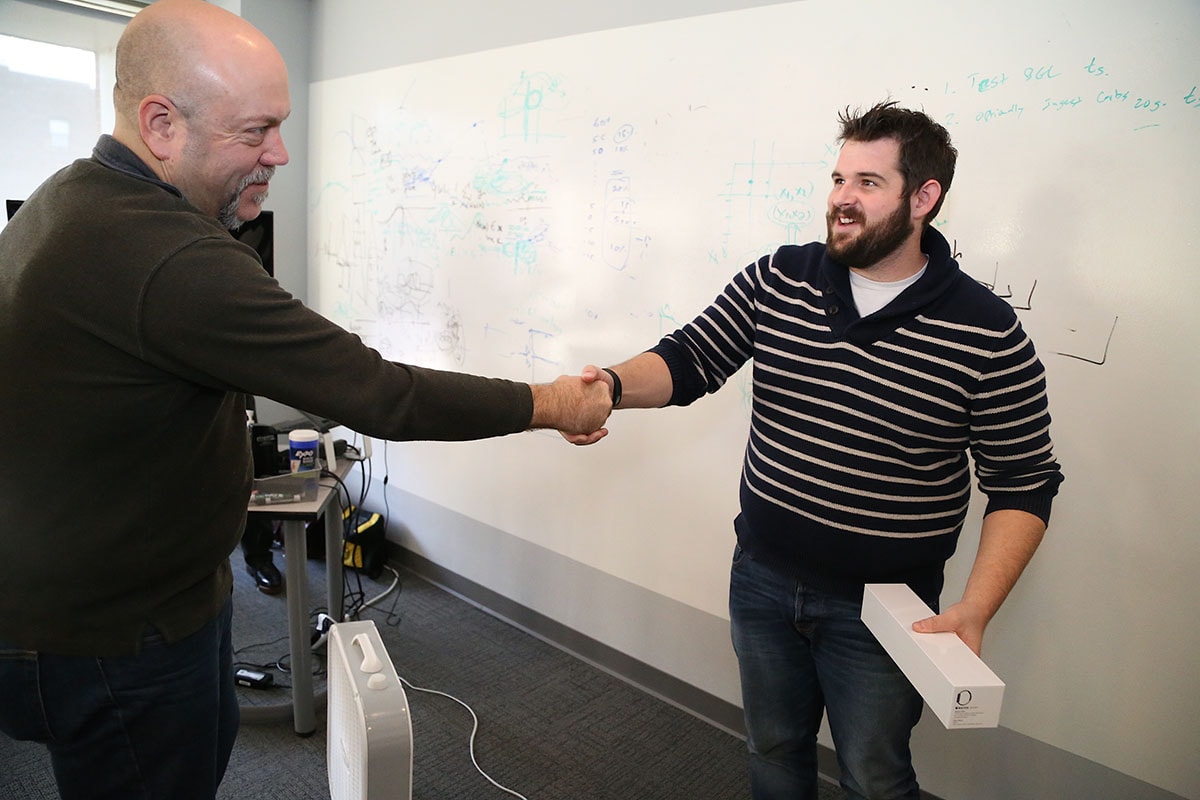 Aspire’s data modeling competition, The Battle at the Nostradome, is over. The results are in, the winners announced, and now we have new predictive models to incorporate into Tempo Health’s new mobile app, BGNow, that predicts glucose levels for diabetes patients.

Beyond the useful predictive models that resulted from the contest, the four weeks of competition have also resulted in significant insights about the functionality of Aspire’s machine learning tools.

Many teams in the Aspire community used both PRDXT and A2i software tools for the first time, which not only familiarized them with our sophisticated technology, it also provided invaluable insights into how those tools can be improved.

“Having fresh, objective users allowed us the opportunity to refine the interfaces of both tools to make them more user-friendly and intuitive,” Senior Program Manager Christine Fake says.

Those insights, Fake says, will be leveraged during the development of the BGNow application as well as other applications that Aspire teams develop in the future.

The winners of the competition, Team Spacebar, were first-time users of Aspire’s A2i technology. Brian Rihaly and Luke Brodbeck, both research analysts from our research department, say that A2i made the process of optimization much easier.

They both took home prizes (an iPad and an iWatch) last week for having the best scoring model during the third week of the competition. Their glucose level predictions showed the least deviation from actual glucose levels.

One thing is clear from the competition, Rogers says, there are countless ways to attack a complex problem.

“That was made evident by the competitors’ diverse approaches to modeling a blood glucose predictive function,” Rogers says.

Despite the variety of approaches, many of the models throughout the competition achieved accurate predictions, Rogers says, and a few models succeeded in accurately predicting glucose levels 30 minutes into the future and beyond.

“It is expected that a few of the models, including the winner, will be trailed within the application BGNow during a beta test period,” Rogers says. “We’re also anticipating new models to be developed before BGNow goes into product.”

Those models will be added into a library for BGNow.

With a robust library of predictive models to choose from, Fake says, BGNow will automatically choose the best predictive model that’s most appropriate for the user and the situation.

Fake says that teams in the competition produced 7 models that may be incorporated into BGNow’s library.

And the work that was done by all of the teams in the Battle of the Nostradome will pave the way for more efficient development of additional models in the future, Fake adds.

Rogers says that the challenging rules of the competition in combination with A2i’s technical requirements created a common hurdle that all of the teams had to overcome. Overcoming that hurdle has produced new insights into how we can make technical hurdles less burdensome, Rogers says.

And that will lead to more efficient methods for modeling and problem solving in the future.