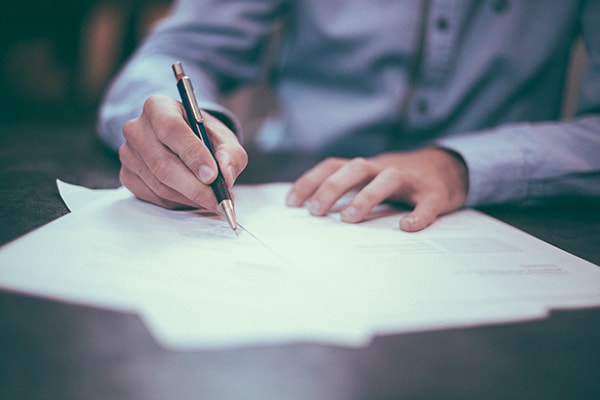 When I was a startup entrepreneur I was often asked, “Why won’t Microsoft or Google just copy what you are doing and crush you?”

It’s a good question. So good that Aspire asks it when we invest. And there is an answer: What can't be copied is culture and commitment.
Just look at companies that have created great processes like Toyota, who adopted Six Sigma to create the Toyota Way, or Ikea which completely rethought how furniture was going to be developed, shipped, packed, and showcased in a store. It is the culture of the organization and the commitment to that culture which made the revolutionary process possible.
Culture is a slippery concept, but its importance isn’t. Just look at Six Sigma, the highly structured method for removing defects and minimizing variables in business processes. The process is far from secret—you can take a class to become a certified practitioner, and many do. Yet most companies that try to adopt it fail.
Satya S. Chakravoty—a Six Sigma expert who has advised companies such as Beech-Nut, Lockheed Martin, and Heinz—conducted a study of why companies fail at the practice so often. He found that firms fail to change the company culture to the point where they can effortlessly execute the process without having a consultant to look over their shoulders. Without a consultant on site, employees often abandon Six Sigma because they think it’s slowing them down.
And so thousands of little decisions that aren't part of the Six Sigma process go differently than they would in a company like Toyota where culture and commitment automatically lead to better decisions.
I don’t mean to imply it’s easy—building a culture and adhering to a level of commitment isn’t. Look at Amazon’s dedication to plowing money into R&D. The market treated Jeff Bezos like a discount piñata because Amazon, though cash rich, wouldn't declare dividends. But Bezos thought dividends were tax inefficient. That waste of money would take away from funds that could be used for R&D and growth.
I think any other CEO without that commitment to freeing every possible dollar for R&D would have caved in to market pressure. Imagine what he had to put up with. But the results are hits like the Echo Alexa voice control, which has sold even more briskly than Amazon anticipated, and makes it easier for Amazon to provide products and services to customers.
Which brings us back to Aspire and our question – “Why won’t Microsoft or Google just copy what you are doing and crush you?”
As an example, I’d say take a look at our commitment to changing healthcare, an industry that is so resistant to change.
We have a culture that puts prediction powered by AI as a pillar of our approach. That is why we’ve been dedicated to efforts like predicting future blood sugar levels of diabetics. It’s a critical number for them to know, and the ability to accurately forecast future blood glucose levels is crucial to avoiding deadly comas that come from unexpected blood sugar dips. The rest of the industry has been trapped in a deluge of charts and graphs they want users to look at to manage their blood sugar—instead of the hard thing which is actually creating an algorithm that accurately makes the prediction. We are up against giants like the partnership between Medtronic and IBM, which have thrown unknown millions at the problem.
But in less time, with a smaller team, and at a faction of the cost, we have achieved amazing results with our predictive AI.
It’s because it is baked into our culture that we make predictions, not charts. Often it means going against the grain and even ignoring end users who ask for the charts! Even with prediction and AI as part of our culture, when you look at the team working on the problem, from the marketing copy writer to the lead programmer, we have 1000 opportunities a day to make little decisions that would turn the product into a charting product instead of a prediction product.
Our commitment to predictions over charts is just one component of our culture that keeps us on track. To bring transformative products to market, it also takes a lean approach and discipline to not get caught up in adding cool but unnecessary features that distract from a product’s core. And that’s where other groups without a committed culture often make the wrong decision.
So the answer to why we can’t be copied and crushed? Our culture can’t be copied, and a long string of right decisions is hard to crush.