Moore’s Law is Coming to an End, and that’s OK. 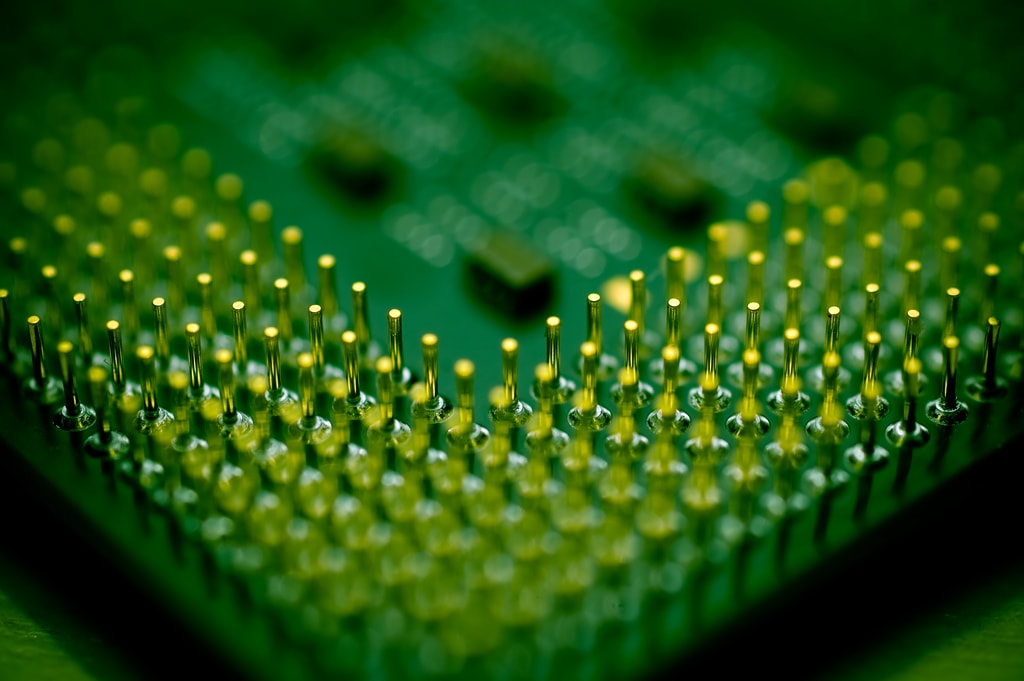 In 1965, Intel co-founder Gordon Moore observed that the number of transistors that could fit on a silicon wafer doubles about every two years, an observation that later became known as Moore’s law. Since then, the tech industry has been able to happily rely on continuously improved processing speeds and power for computers that are getting smaller and smaller. That has resulted in an endless stream of software improvements, as well as new hardware like mobile devices and sensors that have changed the world as we know it.

But according to recent headlines, computing experts say Moore’s Law could be coming to an end within the next ten years. Silicon-based microchips are reaching the physical limits of how small they can go. Intel’s latest transistor is only about 100 atoms wide, and at its current trajectory, it could reach a width of only 10 atoms by 2020.

As we get closer and closer to the limits of silicon, some technologists are growing worried. But reaching the boundaries of our current paradigm may not be such a bad thing.

In a recent Motherboard article, Alasdair Allan argues that we’re finally reaching a mature technological base in computing, where computers have become so cheap and so capable that the number of possible applications for technology we already have are nearly limitless.

“While we might no longer be expecting computing to become orders of magnitude faster, we may well have reached the point where that doesn’t matter any more,” Allan writes.

Learning to use well the technology we have will mean that the real innovators will be focused on optimizing our current computing systems and integrating disparate technologies to create greater data connectivity. That shift in focus, as Howard Yu argues in a recent Fortune article, will likely disrupt the current pecking order within the tech industry. As innovation becomes increasingly nuanced, new windows of opportunity will open up to change the game.

“The end of Moore’s Law will not be the end of the IT world, but it will demand new ways to make better machines,” Yu writes.

Here at Aspire, our chief software architect Thomas Rogers says that reaching the limits of silicon will be a positive for innovation and for computer science as a discipline.

Already scientists are exploring theoretical and even practical implementations of new computing subsystems like quantum computing, which would in effect reset the bar for a new era in computing. But until then, developers, programmers, and engineers might have to change their approach to adapt to a plateau in computing power.

For any of the disciplines that have to use computing horsepower as a resource, Moore’s law has been an unprecedented luxury, Rogers says.

“If we were building automobiles it would be like we’ve had the luxury of Exxon or Mobile coming up with more efficient, lower cost, higher octane fuels every year, year after year. In computing, we’ve grown complacent about building efficient algorithms because we didn’t have to,” Rogers says.

“Once that performance curve starts to slow or flatten, it’s going to force people back into being craftsman at what they do. You can’t be sloppy any more, and I look at that as a very good thing.”

That’s why at Aspire we’ve been focused on the fundamentals, Rogers says, architecting better technological building blocks that can be used to assemble more efficient systems. And that’s why we’ve been filling our bench with developers who know how to develop effective, efficient, high performance tech.

“Let’s suppose Moore’s law stops or slows down and we’re just sort of stuck with the computational power that we have now,” Monteiro says. “That means you have to be smarter with each compute cycle, you can’t just lazily rely on brute force.”

And that means that algorithms need to be smarter about the resources they use, Monteiro says, without relying too heavily on memory or long calculations.

At Aspire, Monteiro says, we’re in the business of making algorithms smarter with our adaptive artificial intelligence platform A2i, a technology that optimizes algorithms to help them arrive at better answers more quickly.

A tool like A2i, built to make algorithms smarter and more efficient, will be a huge advantage in a post-Moore’s-law world.